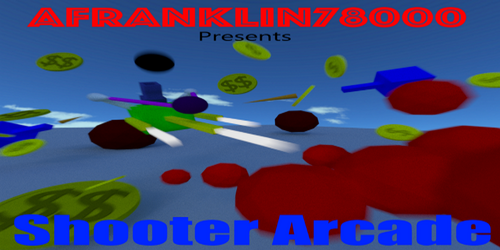 This is it! Shooter Arcade is no longer in beta! It is now released! I have changed and fixed MANY things since the last beta version, including, but not limited to; a bug where the Python scripts wouldn't work, a bug where you could still die after you just hit continue, I added a score coin and made the Dart Boi drop normal coins and score coins, and a whole lot of other things! There will be updates in the future though, this isn't a final release! In fact, there will never be a final release! I will always be adding things! So look forward to that!

This is a full release of Shooter Arcade!